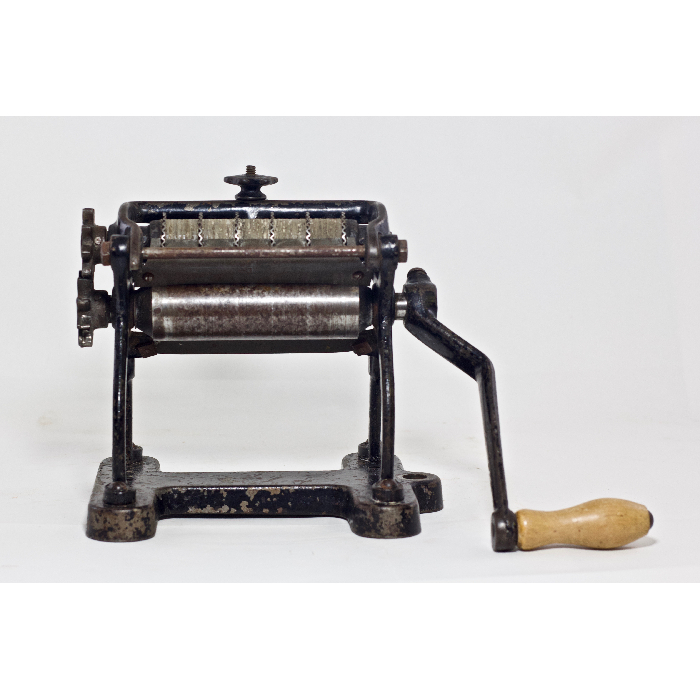 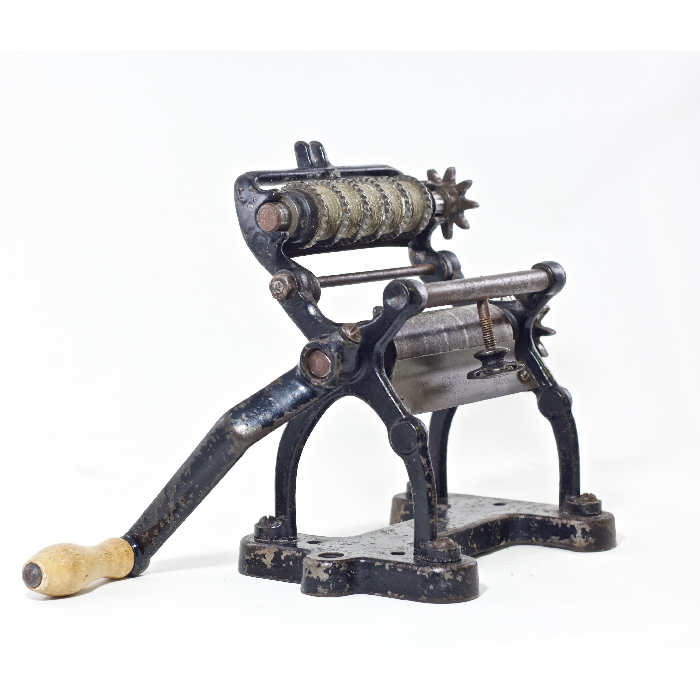 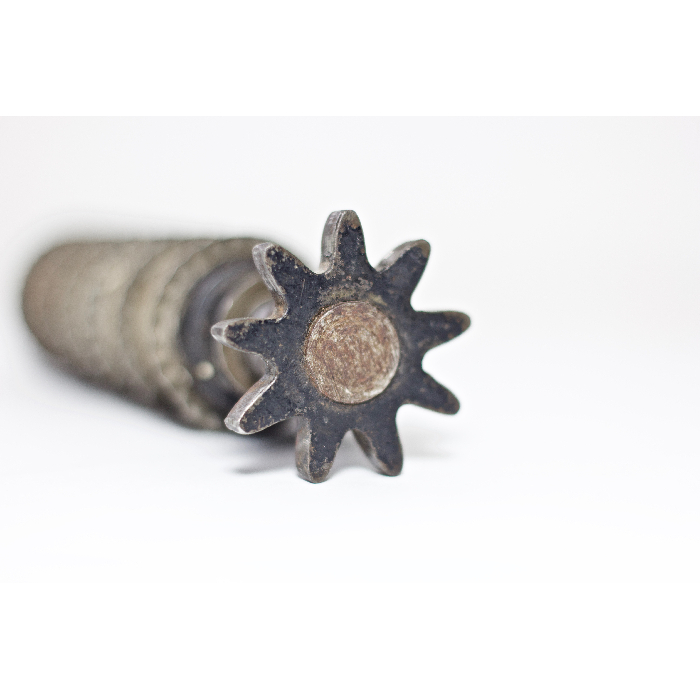 The apparatus screwed to a piece of wood which would be clamped to table top. The machine was filled with a dough made of flour and water (and sometimes with eggs) then, using the hand crank, the pasta was pushed towards the rollers that produced diverse shapes of pasta (tagliatelle, taglioni and reginette). Download the original patent in pdf here.

This model follows the patent registered by Luigi Vitantonio in 1920, son of the founder of the famous Vitantonio company.

About the Vitantonio Company :

Angelo Vitantonio (1849-1917), a native of Ripalimosani (Region of Molise, Italia), patented his first model in 1906 in New York as a citizen of the Kingdom of Italy and American resident in the borough of Manhattan. After a few years, the family moved to Cleve- land (Ohio, USA), in the neighborhood of Little Italy.

Finally, only in 1920, when the second model smaller and more manageable is patented (see above the hand-cranked Pasta Maker “Vitantonio” from 1920s), the family business started to conquer the American market (namely three years after Angelo Vitantonio’s demise). The patent’s inventor, the son Luigi (1887-1967), is also responsible for many other inventions such as an apparatus to make short cut pasta in 1922 (see the Cavatelli Maker) and others improvements of the pasta maker created by his father in 1929 and in 1930 (see the hand-cranked pasta Maker from the 1930s).

Known today under the name of VillaWare, the Vitantonio company is currently re- garded as one of the leaders within the home appliance industry.